Home » Infographics » How Much Space Does £1 Million Buy in 20 Cities Around the World? 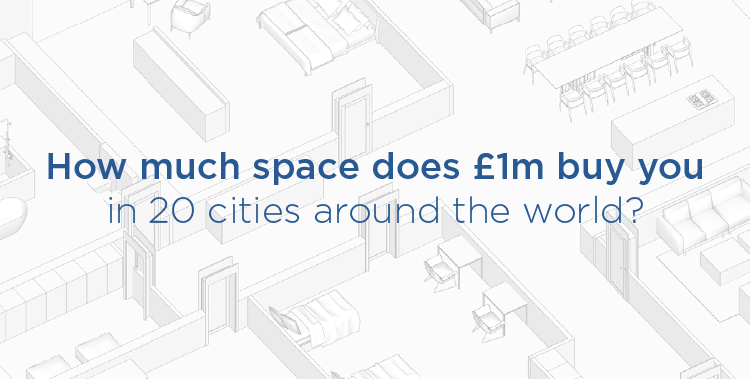 How Much Space Does £1 Million Buy in 20 Cities Around the World?

Disclaimer: This post was originally published on our UK partner’s site.

The million-pound home is a concept of great fascination, whether you aspire to have one or you’re waiting for rising house prices to push your current property over the finish line!

Like the classic question “how much is a pint of milk?” the concept of “what does a million-pound home look like?” is a kind of thought experiment about class and value. But if a million pounds will buy you vastly different properties at one end of the UK or the other, the variation around the world is even greater.

We decided to see how much floor space a million pounds will buy you in different cities around the world. Got your tape measure ready?

We began by making a map to show at a glance what’s on offer around the world. It immediately reveals something many British homeowners are acutely aware of: a million quid gets you a whole lot more in one region than it may in another just a few miles away.

For instance, you can get from Manchester to London in two hours on the train – and many people do, since with four times the floor space for the same price, it makes more sense to commute.

Similar regional patterns can be seen internationally. In Singapore a cool million will get you more than six times as much as in nearby Hong Kong, despite both being small, business-oriented islands with similar GDP. In fact, £1 million will soon be the average house price in Hong Kong, thanks in part to its proximity to the Chinese market and its status as a financial hub. 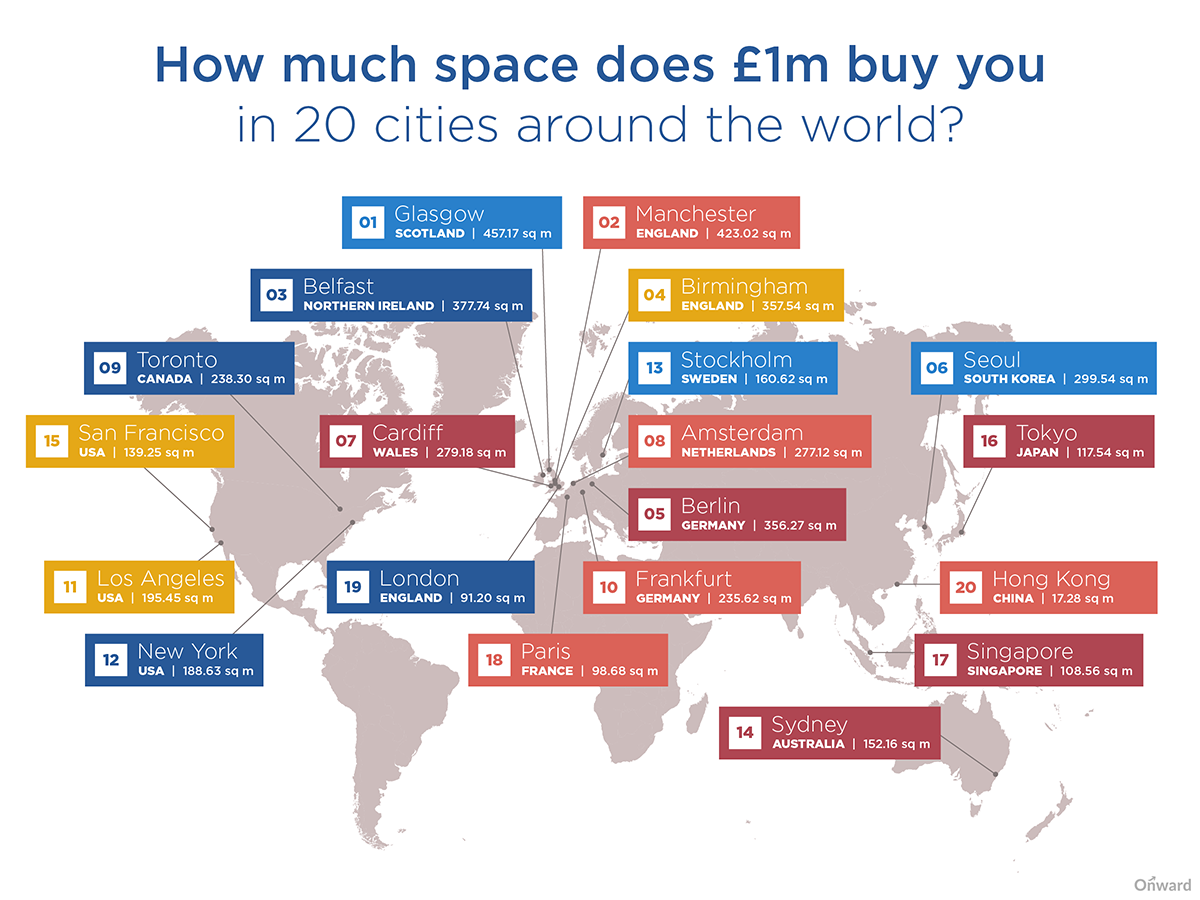 Our second graphic visualizes the relative space in each of the cities we surveyed. At a glance you can see you’ll get a similarly-sized property in Stockholm, Sydney, or San Francisco: perhaps three-four bedrooms, two bathrooms and a toilet, plus a lounge and big, open kitchen-diner. There’s probably room for a garage and a porch or conservatory too. A generously-proportioned family home, but no mansion.

You’ll find more than double this floor space for a million pounds in Birmingham or Berlin. While 360 sqm is not technically a mansion (a mansion normally needs to be around 500 sqm or more) you could certainly make a ranch of it if you have a big enough plot. Four or five large bedrooms, two or three lounges, a double-garage, diner, office, playroom, and – why not? – a butler’s pantry will still leave space for a laundry room, though you may need a map to find it. But be quick: Berlin has the fastest-rising house prices in the world. 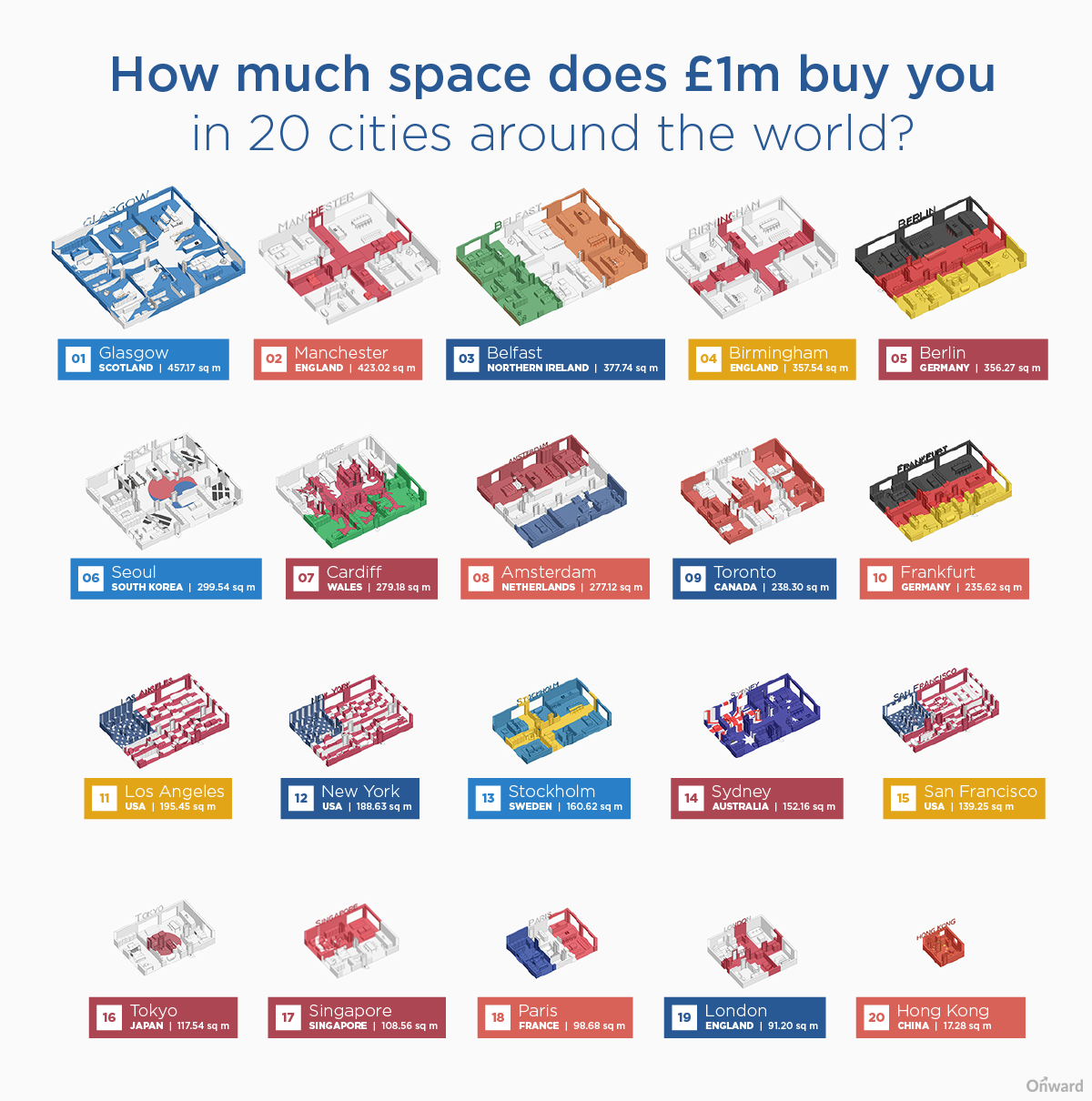 Our final visualization shows potential designs for the cheapest and most expensive cities covered by our research. A million-pound flat in Hong Kong would nestle neatly into the master bathroom of your epic pad in Glasgow (we could have fit more rooms into the Glaswegian abode but opted instead for more leg room in each space).

Of course, the lifestyles in these two cities are vastly different. While Glasgow is a vibrant cultural city, there’s no place like Hong Kong, where transient souls from around the world gather to make big things happen. And indeed, there are a lot of highly-paid roles here that can’t be found anywhere else. But just try getting a deep-fried Mars Bar pizza at 2am after a night on the tiles in Hong Kong – maybe you’re better off with a roomy manor in Glasgow in walking distance from the chippy. 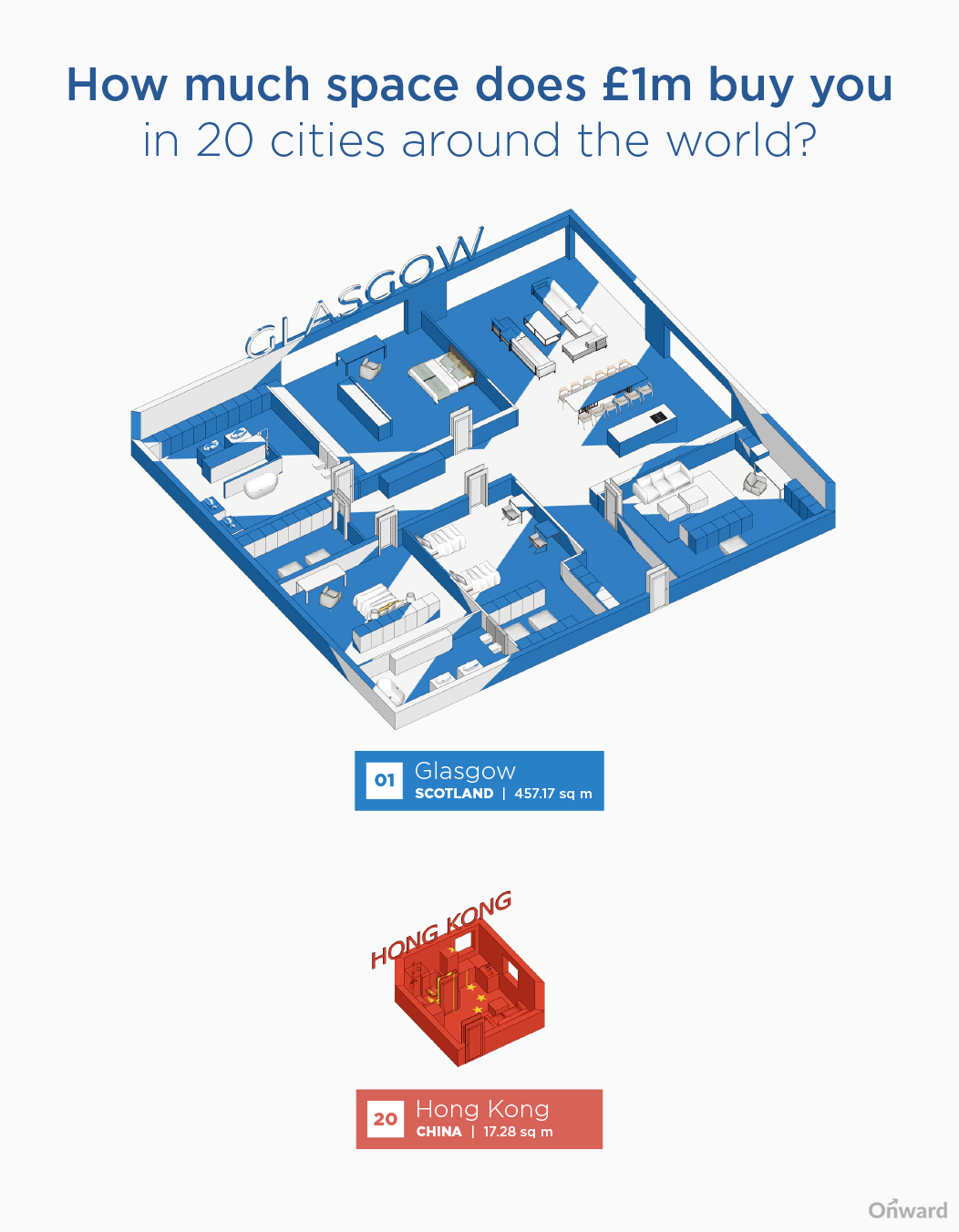 With more and more of us working remotely (or taking advantage of ever-faster intercity travel) the location of your property has less and less to do with what you do for a living and more with how you want to live. Which city would you choose if you had a million pounds and no geographic ties?

To create these visualisations, we began by selecting prominent cities within the UK, and then included additional locations using the Global Power City Index. In total, we selected 20 prominent cities from around the world.

For the next stage of the process, we found 20 residential property listings in each city through online real estate companies. The goal was to find 10 flats/condos and 10 homes/villas/town-houses, and then use data from these listings to estimate the cost per square metre for property in each city.  We intentionally selected properties from various parts of each city and avoided properties that were extremely expensive and inexpensive.

While collecting property listing information, several issues arose. In some cities we were unable to find 10 appropriate home property listings. We adjusted our collection criteria in these areas. In Manchester, we widened our property listing search area to include surrounding locations such as Rusholme and Prestwich. For Seoul we found 15 flats and 5 houses.

Once we had collected the property data, we converted £1 million to each country’s currency, and divided this figure by the estimated cost per square metre for each city. This allowed us to see plainly how much space £1 million could get you in each country. This can be easily seen in the simplifies visualisation below. 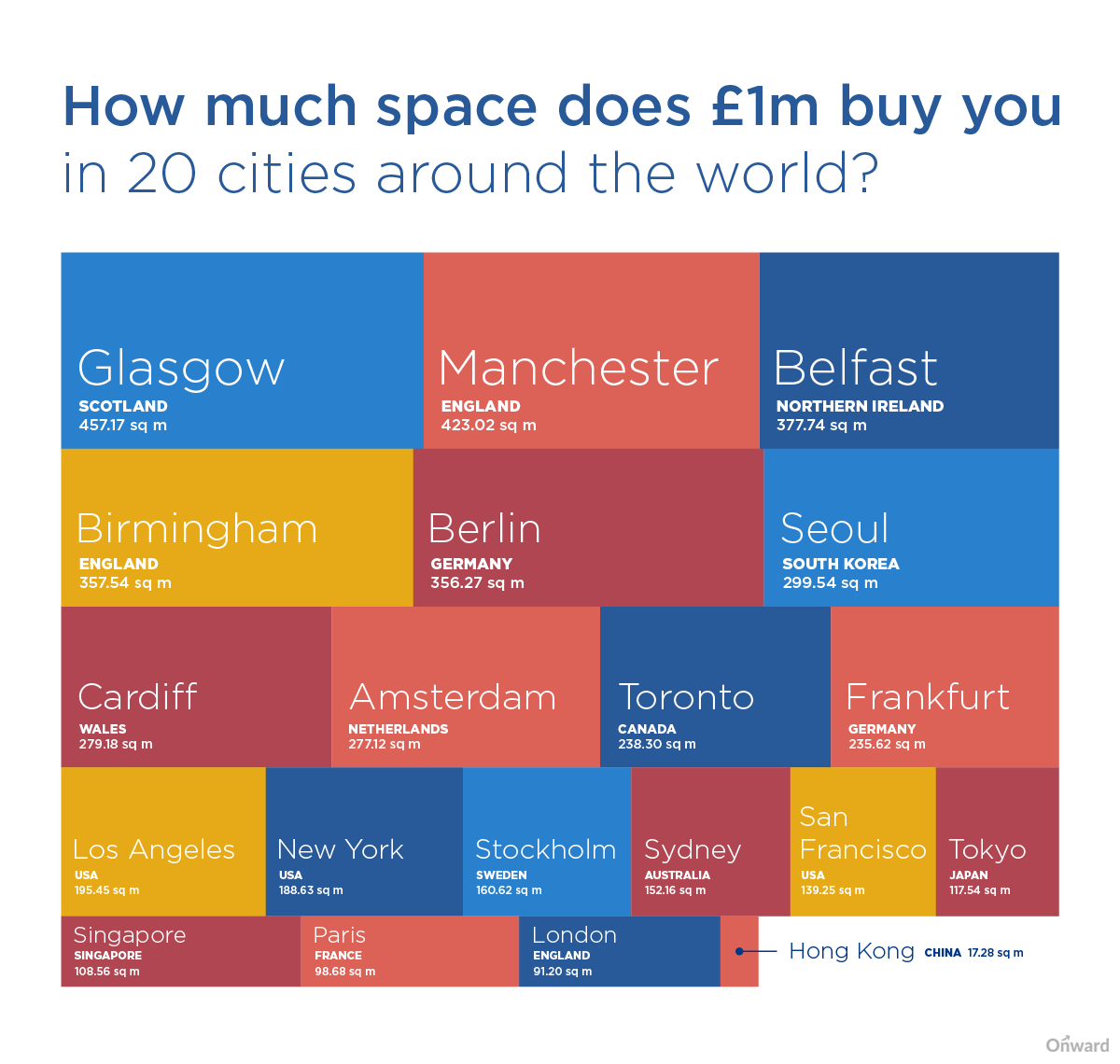 For the full research behind these visualisations visit http://bit.ly/£1mproperties

Bonnie is a Chicago transplant who's committed to seeing the world on a dime. As an avid news junkie with an affinity for finance, she loves to help others do more with less.